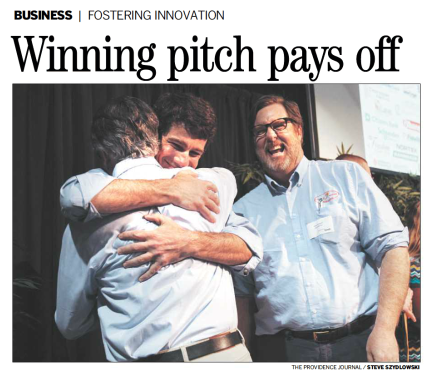 Siren Marine took home the top prize in the Rhode Island Business Plan competition on Thursday, amounting to a cash grant of $40,000 and paid in kind lawyer, accountant and consultant services worth an estimated $25,000. With this grant, Siren Marine intends to move their business to Rhode Island, and join in the diverse marine and entrepreneurial community of the Ocean State.

The Business Plan Competition is the leading community supported business plan competition in New England, and is aimed at strengthening the thriving entrepreneurial spirit in Rhode Island. In total, the competition has awarded more than $1.2 million in prizes to entrepreneurs since its formation in 2001, and encourages both early stage companies and new businesses to enter. Over 450 applicants have pitched their business plans in the competition since its founding, which awards grants for the top business plan, technology prize, entrepreneur track, student track prize, and an additional cash bonus to varying businesses and start-ups. In addition to winning first prize in the competition for its electronic boat monitor, Siren Marine was awarded the $25,000 bonus and the technology prize.

Having been awarded such a generous cash grant from Rhode Island based RIEDC and RI-CIE, one of Siren Marine's first moves as the Business Plan winner is to relocate to Providence. The President of the company, Dan Harper, is looking forward to the move, and relocating to the most well known boating state in the country. Newport's strong sailing tradition as the America's Cup Venue from 1930 to 1983 makes the move especially appealing for a company that loves to Sail. In addition, having the headquarters of US boat manufacturers Hinckley, J-boat and Hunt located across the bay also makes Rhode Island the ideal choice for Siren Marine, which partners with leading boat manufacturers as a standard option. With a generous cash grant and an exciting move planned, Siren Marine is looking forward to making a strong start in the Ocean State.

Read the full article on the Providence Journal Online archive